Chances are good that you have already heard comments such as, “Your body frame is just so small. You’re really going to have a hard time having a baby.”

The same old myths and fears have been floating around for much too long. Even some caregivers believe them. Our culture’s past plays a significant role in this unfounded belief.

Ironically, though it is a prevalent fear in our society, the width of the pelvic opening cannot be determined by the outer dimensions of the pelvis and even an ultrasound is not a good means of determining inner pelvic dimensions. 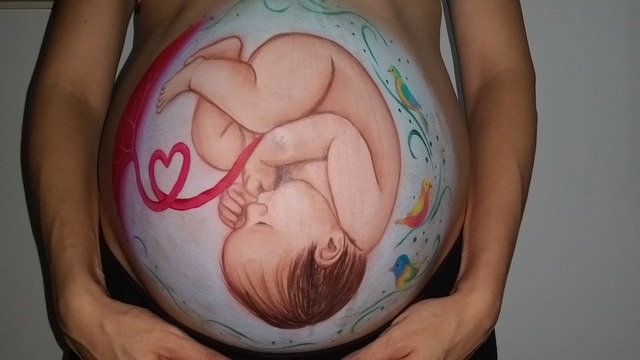 Some of the best friends a pregnant woman has are the hormones which her body naturally releases during this time. Just as hormones are causing a remarkable transformation in her breasts as well as the rest of her body during her pregnancy, those hormones are also causing a woman’s pelvis to soften, become loose, and to give. The now softened cartilage and elongated tendons and ligaments that hold the bones of the pelvis together have become loose and pliable. This is one reason she may sometimes feel so uncoordinated when walking during pregnancy! Later, as the baby descends during birth, the pelvis widens and spreads into the right positions. During the birth, it can stretch to amazing proportions.

Of interest are the numbers of women who have cesareans, due to errant judgment and interference, who later go on to vaginally give birth to a larger baby the next time. Big babies often just fit better because they can more easily move into and stay in a great position for an easier and more efficient birth. We love to use the example of a woman we know who had her almost thirteen pound baby in about forty-five minutes. This woman is not particularly large, either. She is, though, a woman who believes in her body’s ability to birth her babies.

can actually be “enjoyable.”

There are many such examples. The vagina also naturally expands into huge dimensions. If unhurried, the woman’s body gradually opens naturally to accommodate the baby. It is not uncommon when babies are allowed to gently descend, rather than being strenuously pushed out, that mothers only realize the baby has descended through the vagina when they feel the baby’s head at the opening.

The “watermelon fitting through an olive-sized hole” analogy doesn’t hold any water! Women’s bodies were designed to accommodate their babies. They were created to open and s-t-r-e-t-c-h, then to return to near normal afterwards (this of course is dependent on the woman being in reasonably good health and upon her nutrition). Our bodies were remarkably created!

(Adapted from Wise Childbearing, What You’ll Want to Know As You Make Your Birth Choices by Jennetta Billhimer.) 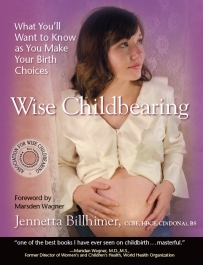